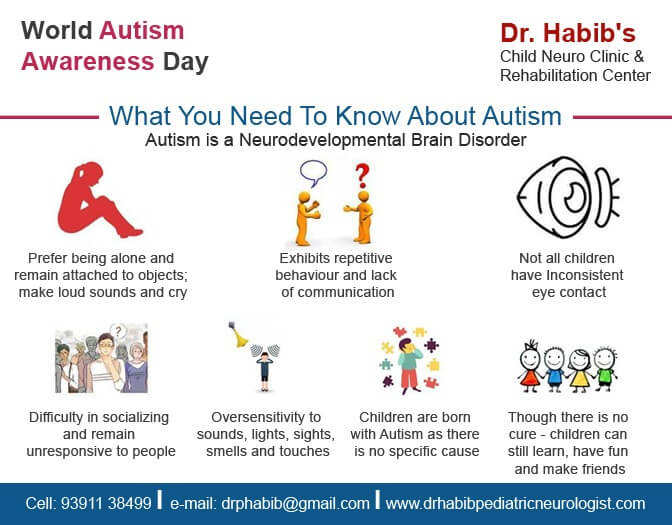 The prominent symptom of autism is lack of social communication – both verbal and expressions, and body language – instead, children have repetitive behaviours and restricted interests. For instance, abnormal body movements – flapping of hands, pacing and rocking.

The next problem with autistic children is that they don’t understand other people – what they say, how they think about them and what other people feel about them.

Autistic children have quite abnormal behaviours –

Parents feel lots of stress when they see their child behaving quite abnormally. The following are some of the most challenging behaviours of Autistic children:

The following are the symptoms associated with autism:

Sometimes the first step in managing challenging behaviour can be spotting the things that trigger it. On the occasion of world autism awareness day, make a commitment to deal effectively by approaching a pediatric neurologist