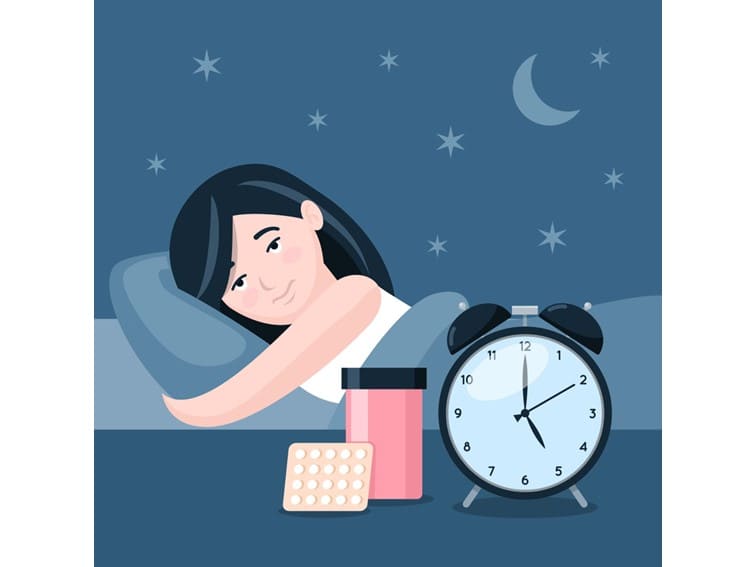 Sleep-related rhythmic movement disorder: If a child moves back and forth or moves their body parts rhythmically (repetitive gross motor movements) during sleep or just before sleep, the condition is known as sleep-related rhythmic movement disorder (RMD).  This type of disorder may also occur in adults. A specialist doctor (paediatric neurologist) evaluates the patient to rule out similar disorders and the other conditions associated with them. RMD may lead to severe clinical consequences such as altered daytime functioning and injuries.

RMD may develop in children as young as three years of age and continue to persist. In the majority of the cases, symptoms associated with RMD go away gradually and when the child becomes older symptoms vanish completely. The symptoms may persist in adults in rare cases.

What is a Sleep-Related Rhythmic Movement Disorder (RMD)?

RMD is mostly seen in young children prior to when they are just about to sleep or during sleep. During the time when the child has this disorder, their body parts move or rocks rhythmically. The child’s head, trunk, hand or arm moves repetitively. Sometimes head rolling or banging may also be observed in affected children.

In most cases, body movements are relatively mild and represent a sort of self-soothing that help ease sleep, but they may also turn extreme and become severe.

Some children show violent movement disorders that may result in injuries in affected children.

The symptoms manifest in the sleep-onset period during sleep – mostly during non-REM sleep. During the second stage of sleep, the movement-related symptoms diminish gradually.  The symptoms may also manifest during REM – making the disorder confusing with the REM behaviour disorder.

Are there any associated conditions with RMD?

Sleep apnea, Angelman syndrome, Rett Syndrome, Autism, Tourette syndrome and ADHD (attention deficit hyperactivity disorder) are the other conditions associated with a rhythmic movement disorder (RMD). The presence of the movement does not necessarily mean that the child is likely to develop any other disorders.

How is RMD Diagnosed?

Parents who recognize movements in their children should discuss their observations with a paediatric neurologist. The doctor would recommend a thorough observation and sleep history. In addition, the neurologist will also rule out other conditions that mimic RMD and may require specific treatments.

There could be a possibility of other disorders mimicking RMD symptoms. For instance, symptoms associated with dystonia (contractures of muscle) and nocturnal seizures appear similar to RMD. Furthermore, confusional arousals and parasomnias are the other types of sleep disorders that might involve movements as well. There is also a possibility of other behavioural disorders with symptoms sharing similarities with RMD.

Medication Use and Its Implication

A paediatric neurologist also considers medications that may cause movements during sleep. The doctor asks the parents whether their child is using any medications to treat psychiatric conditions (neuroleptics and antidepressants), sleep disorders, vomiting or allergies – to rule out the possible role of medicines in causing RMD. If medicines are found to be the cause of RMD, then stopping the medication will help relieve symptoms.

The doctor will recommend a routine electroencephalogram (EEG). Polysomnograms to study sleep patterns may also be recommended along with EEG as a preferred test.

If you think your child has a rhythmic movement disorder then consult us for learning more about the different treatment modalities that help relieve the symptoms of the disorder.