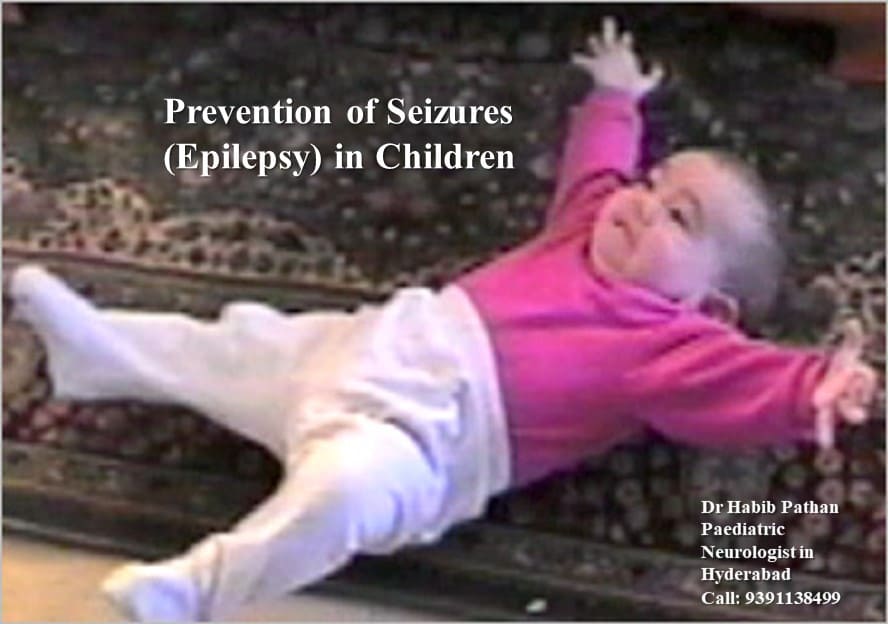 Prevention of Epilepsy (Seizures) in Children

There are no hard and fast rules and well-established measures to prevent epilepsy in children as more research is needed in this area. However, there are some measures parents can take to reduce the risk of epilepsy or seizures in their children and also to lower the episodes of seizures. These measures are effective if the child has a personal history of seizures.

Here are some tips that may help reduce the risk of having seizures (Epilepsy) in children:

Research studies are going on around the globe to get more insights into the factors that cause or trigger episodes of seizures in children. Scientists are working hard to know what best can be done to prevent seizures and they are trying to gain a better understanding between the things that trigger seizures and what needs to be done to avoid such triggers. This can make a measurable difference in the number of seizures the child may have.

Paediatric neurologists deal with all types of seizures in children using several treatment modalities and techniques. They prescribe different types of medicines that can efficiently treat and manage seizures and help prevent recurrent seizures and also reduce the frequency of seizures. A parent should follow all the instructions given to them by their respective physicians and give correct and regular doses of medicines to their children. In certain cases of epilepsy in children, paediatric neurologists may prescribe a high-fat and low-carbohydrate diet to children to manage seizures. Parents are also advised to adopt all the measures and follow the instructions given to them by their child’s neurologist for the prevention of epilepsy (seizures).