Neurological Manifestation of Covid-19 in Children 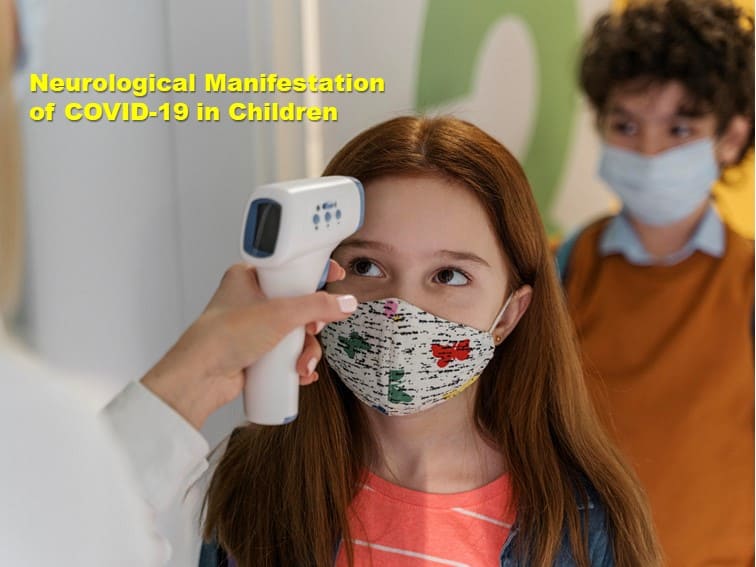 Neurological Manifestation of COVID-19: A majority of children with COVID-19 (SARS-CoV-2) have very mild clinical symptoms – without fever or pneumonia. In children, neurological issues and symptoms related to viral infection are rare. However, a few cases of multiple organ failure have been reported in children as well. In general, neurological involvement seems to be occasional in children.

Neurologic Manifestation of COVID-19 in Adults

In adults, anosmia, headache, muscle pain, and dysgeusia have been frequently reported with the occasional involvement of central or peripheral nervous system damage.

Let us discuss the neurological abnormalities that have been reported in children with viral infection in the first half. In the second half of our discussion, we will highlight the impact of the pandemic on the healthcare system and the collateral damage caused to the paediatric care that deals with the children affected with neurodevelopment and neurological disorders – such as dyslexia, learning disabilities, ADHD, Autism, Epilepsy, Cerebral Palsy, neuromuscular disorders and intellectual disabilities.

Children infected with CVOID-19 are mostly asymptomatic and recover within one to two weeks as the incubation period is usually 3 to 7 days (may range from 1 to 14 days).

A rare late phase severe inflammatory condition – which is referred to as Kawasaki-like SARS-CoV-2 syndrome – wherein the affected child may have a persistent fever with multiple organ involvement – in addition to elevated levels of inflammatory markers have been reported.

The most common neurological symptoms in all the reported cases of a severe infection include anosmia (40 to 87%) and dysgeusia (35% to 90%). In certain severe cases, the inflammation of the central nervous system has been associated with brain stroke.

Children with neurological conditions are especially vulnerable to this situation. Damage caused to the paediatric care that deals with the children affected with neurodevelopmental Disorders

To know more about the neurological manifestation of COVID-19 in all age group of children, talk to Dr Habib Pathan

5 Ways to Prevent Meningitis in Teens