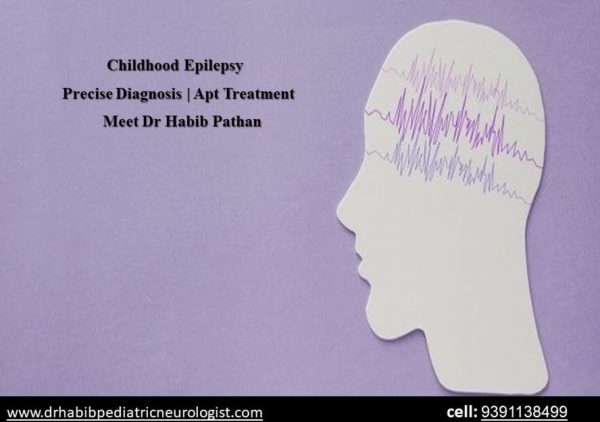 Misdiagnosis of Epilepsy in children is common. It is estimated that approximately 25% of the children diagnosed to have epilepsy do not respond to treatment by drug therapy.

Why the diagnosis of epilepsy is a bit challenging?

What else could be the reason for the seizure-like condition?

Certain heart issues in children and other mental health issues lead to symptoms that resemble seizures.

If a neurologist suspects any abnormality other than epilepsy is the reason for the seizure or seizure-like condition, then the doctor may refer the patient to a psychologist or a cardiologist. You will learn how it is done in the subsequent paragraphs.

Absence seizures look like daydreaming or inattention. Parents and teachers are the ones to notice them first – but, unfortunately, this type of seizures often go unnoticed by both of them.

A detailed description of the seizure by parents, teachers, guardian or anyone who witnessed it is very important for making a comprehensive diagnosis of epilepsy in children.

Getting every single detail is very important

A paediatric neurologist may ask a few questions regarding the child’s health, symptoms, activities before and after seizures; other health issues – neurological or mental health issues – anxiety and depression; and family history of seizures.

The other questions the doctor may ask include:

What was the child doing before experiencing the seizure?

How long did the seizure last?

Since how long is the problem?

The doctor may also ask about the number of episodes the child experienced during a week or a month; the warning signs; how did the child felt during and after the seizure; how long did it take for the child to recover and also any activity that the child did and remember during the seizure.

The child will be referred to a psychiatrist or psychologist for diagnosis. They help in identifying any underlying psychological cause or conditions, which could be behind pseudoseizures.

Children are often diagnosed with epilepsy when they have seizures that occur more than once without any specific cause.

Anti-epileptic medicines help in stopping or reducing the number of seizures and reducing seizures episodes. They are not intended to cure epilepsy.

Selection of proper medicine depends on the type, nature and episodes of seizures and also on the age, sex, behaviour, symptoms and actions of the child during seizures.

The child may also have other health issues – the paediatric neurologist will address those as well.

Your child’s doctor may change the medicine if the first medicine doesn’t stop the seizure. This is normal. Some children may need one or more medicines for stopping their seizures.

You can discuss with your doctor about any concerns you may have regarding the treatment. Your doctor will explain to you about the treatment plan and prognosis.

If medicines do not work in stopping or managing seizures, your doctor will discuss other modalities of treatment. Epilepsy brain surgery and vagus nerve stimulation therapy are other treatment options.

This type of treatment is another option if medicines have not worked efficiently and brain surgery is not suitable for the child. In this procedure, a small pacemaker-like device is implanted preferably under the skin of the child’s chest. The device provides electrical signals to the brain. Vagus nerve carries those impulses to the brain. The aim is to reduce the number of seizures the child has and make them less severe.

Dr Habib Pathan is a qualified, trained and expert pediatric neurologist. He specializes in the diagnosis and treatment of epilepsy in children.