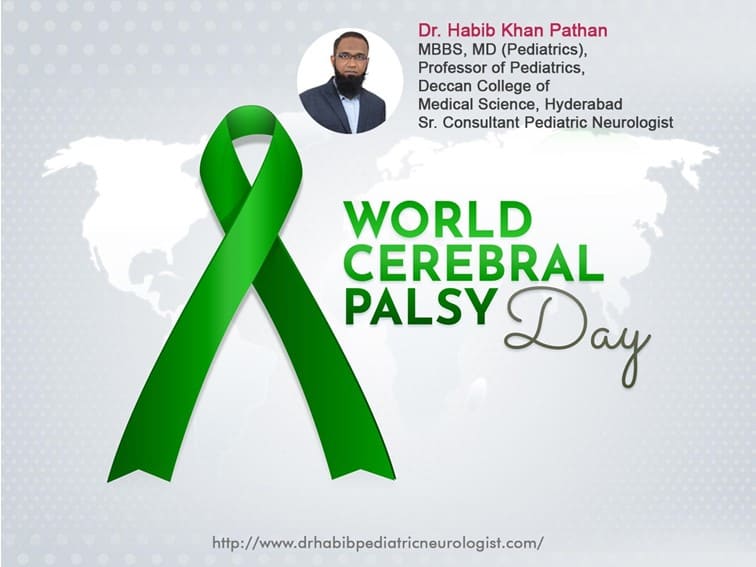 A child or a person is said to have cerebral palsy if he or she cannot maintain balance and posture. It is a neurodevelopmental disorder which is associated with abnormal brain development or damage to the brain. It affects a child’s ability to control his or her muscles. Cerebral Palsy is the most common motor disability in children.

Cerebral – means having to do with the brain

Children with CP have problems with movement and posture associated with exaggerated reflexes. In general, all people with cerebral palsy have walking difficulties, posture issues (unusual postures), unsteady walking, involuntary movements, floppiness or spasticity of the limbs and trunk.

The Cause of Cerebral Palsy: It is mostly due to damage caused to the developing immature brain most often before birth.

Based on the area of the brain affected CP can be classified into the following types:

Ataxic Cerebral Palsy – Children with this type of disorder have problems with their movement, balance and posture. They may look unsteady when they walk. They find it very difficult to write because the movements involved in this type of activity requires lot of dexterity and control. In addition, children affected with this condition may find it hard to control their arms or hands and reach to something they want.

Children with this type of CP have difficulties in moving their arms, fingers, wrists, feet and legs. They find it difficult to sit, walk or move. Mostly, movement is unusual and uncontrollable – rapid, jerky, slow and writhing. If face and tongue get affected – the child may have difficulty talking, swallowing and sucking.

The muscle tone of the affected child can change (ranging from too loose to too tight). It can happen day to day or even during a single day.

It is the most common type as it affects almost 80% of children. Increased muscles tone makes the muscles stiff – and therefore – the movement can be awkward.

Spastic hemiparesis or hemiplegia – In this type, the child’s body is affected only on one side. Usually, the arms are more affected.

Spastic diparesis or diplegia – In this type, the child’s legs are mostly affected with arms less affected or not affected at all. The child will have walking difficulty with stiff leg muscles, tight hip and crossed legs (scissoring)

Spastic Quadriparesis or quadriplegia – It is the most severe type of spastic CP that affects all limbs – the face and the trunk. Children with this condition cannot walk and have developmental disabilities such as problems with speech, vision, hearing and seizures.

What are the early signs of Cerebral Palsy in Children?

Though some of the early signs of CP vary greatly considering several types and levels of disabilities. However, the predominant sign that a child might have cerebral Palsy is delay in reaching movement or motor milestones – such as sitting, rolling over, standing and walking. The signs associated with CP are not specific because such signs may also be associated without CP.

Signs and symptoms appear during infancy or preschool years. Following are some other signs of possible CP.

Infants Younger Than Six Months of Age Have the following Signs

Signs and Symptoms in Toddlers Older Than Six Months of Age

Signs in a Child Older than 10 months of Age

The child crawls abnormally with having one side lower, smaller, or lighter than the other (Turned or twisted toward one side). Pushes off with leg and hand while drags the opposite leg and hand.

The child doesn’t climb on all four limbs – instead, move on his buttocks or hops on his knees.

The signs and symptoms and effects of cerebral palsy can vary greatly among children. Some children may have walking difficulty, but others may not. Some children may also have learning disabilities and developmental delays with vision, swallowing, and speech difficulties. Cerebral palsy is a lifelong disorder. It may also lead to deafness, blindness, and epilepsy. A prompt diagnosis and effective treatment can help improve the condition.

When to see a doctor

See your child’s pediatric neurologist if you are sure that your child is having a movement disorder or delay in his or her development. You should also seek an appointment with the doctor if your child has episodes of loss of awareness of surroundings, unusual muscle tones, walking difficulties, eye muscle imbalance, swallowing difficulties, and impaired coordination.

Remember – Early diagnosis of CP is very important for the well-being of your child. CP is diagnosed based on several criteria, parameters and steps.