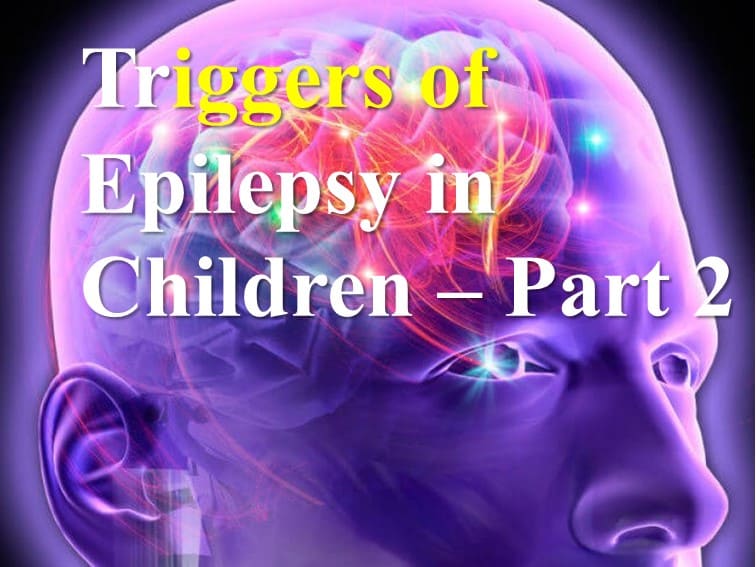 There are certain things that are not under your control – seizures are one among those. They occur suddenly or randomly without any obvious cause. Sometimes, certain things can increase the number of seizures’ episodes and also trigger seizures in children. A better understanding of such things will help us manage epilepsy (seizures), especially in children. Some of the triggers of epilepsy in children include the following:

Not taking epilepsy medicine as prescribed

This is important. Parents should ensure that their child never misses his or her medication. Regular intake of medicines ensures a steady level of medicine in the blood. According to many research studies, skipping even a single dose of medicine can increase the risk of having a seizure.

Stress triggers epilepsy (seizures) in children. Though it is not clear why is it so, it happens. Those children who are prone to epilepsy if feel stressed a lot, then they are more likely to have a seizure. Stress can also cause indirect changes in eating, sleeping and other habits which in turn may also increase the risk of seizures by acting as triggers.

Some children have recurrent episodes of seizures due to one such stimulus – that is high-intensity lights or flashing lights. Every time when children get exposed to such type of lights, they experience seizures on a consistent basis. This type of reflex epilepsy is photosensitive epilepsy.

The triggers can be different for other children. For instance, some children may get seizures after being exposed to high volume noises or sounds or by the act of reading as well.

Parents should pay attention to make a note of every single minute detail of their child’s condition because their understanding is important for their doctors to guide them on how to manage recurrent episodes of epilepsy.

This is a very interesting question because many times parents feel that they have encountered and witnessed a situation that happened once or twice before and has triggered seizures. If something has to be qualified as a trigger then it should happen fairly consistently enough – that is it should happen more often than by chance.

The best way to identify and confirm that it is a trigger is to make a note of the events happening before a seizure in a seizure diary – the time, special situations surrounding, how the child felt, what was he or she doing at that time. Also, note whether any of the known triggers were present. Do this on a regular basis for each time your child has a seizure.

You should note whether any situation or event is happening consistently enough before the seizure and the same situation also happens at other times as well.

You should see whether any particular trigger is consistently associated with seizure every time when a child gets a seizure. See whether a particular food item or sleep deprivation, flashing lights, loud noises or any other events are present consistently every time when the child has a seizure. For instance, for any trigger to be qualified as a real trigger, it should, 9 out of 10 times, be associated with the seizure.

Once you identify any event or situation which is triggering your child’s epilepsy make a note of it in your diary. Also, note when does it happen – not just when your child has a seizure. Compare the number of times it happens with the seizure and bring it to the notice of your child’s neurologist.

If your child has reflex epilepsy, then talk to your paediatric neurologist about the trigger. A better understanding of the type of epilepsy and the trigger can help devise better strategies and measures for the best management of epilepsy.