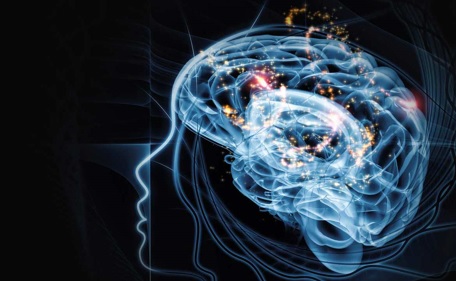 Children who have vitamin B12 deficiency exhibits signs and symptoms which are quite similar to autism spectrum disorders. They have difficulty with speech, comprehension, language, writing and have obsessive compulsive behaviours. They are often in a state of withdrawal and with a disposition to be distant and unsympathetic in manner. The irony with such children is that they hardly get attention of physicians with regard to vitamin B12 deficiency.

The symptoms such as gastric trouble, stomach ache, irritability and other symptoms related to stomach can easily be mistaken for gastroenteritis or colitis.  Children and infants who are
marked by a lack of interest can be mistaken for dull or apathetic children. Some late talkers or late walkers can be considered as cases of abnormal development. The symptoms related to vitamin B12 deficiency progresses rather slowly and may lead to failure to thrive. For infants vitamin b12 deficiency pose a serious threat to their lives as they are readily vulnerable to permanent brain injury than adults owing to their developing central nervous system. If vitamin B12 deficiency is not addressed properly and correctly promptly, then it may lead to severe brain damage, coma or even death.

What are the symptoms of vitamin B12 Deficiency in Children?

Signs and symptoms associated with vitamin B12 Deficiency are well documented and mimic some of the common neurological and developmental disorders in children. The symptoms may include memory disturbances, cognitive difficulties, tremors, developmental delay, reduced IQ, seizures, hypotonia, mental retardation, failure to thrive. In addition to these problems, vitamin B12 deficiency can also lead to language, behavioural, social, emotional and movement problems in children as well.

What are the substitutes?

Doctors may recommend breast-feeding mothers who are deficient in vitamin B12 to switch to formulas as their infants may get sufficient B12 from such formula and foods. But still those are not enough to address the pre-existing deficiency. Formula based products can help protect a child from failure to thrive or death, but they are not enough for optimal brain growth and development of the child. Owing to this reason, infants who are formula-fed may have suboptimal B12 levels, which may not be enough to correct their deficiency.

What are the consequences?

Parents and physicians should become aware of the fact that if vitamin B12 deficiency goes undiagnosed in infancy and gets corrected in the toddler stage, there will be a rapid improvement in the condition of the toddler, but some areas of the brain may get permanently affected leading to developmental delays, language and speech problems, behavioural problems, lower IQ and fine motor difficulties. Therefore, the extent of recovery and level of post-treatment functioning depend on the age at which the B12 deficiency began, its severity, how long it was present, and at what age treatment was instituted.

Children may have learning difficulties, developmental delay, problems with their behaviours and autism spectrum disorders. There are many causes for these disorders – and, surprisingly vitamin B12 deficiency is one such part of the riddle. Ironically, it is most often overlooked. Though there might be several reasons for vitamin B12 deficiency, it can be easily detected, prevented and treated, Therefore, as physicians it is pertinent that we should explore the B12 link diligently. Knowing the ABCs of Autism and B12 link is very crucial because early intervention, detection and diagnosis can save a child from lifetime disability.